The Golden Ticket of Careers Information 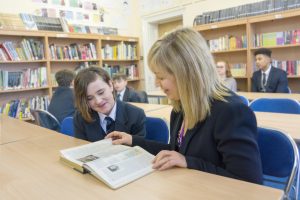 What can Charlie and the Chocolate Factory by Ronald Dahl teach us about luck and careers? I was watching the most recent film version[i] at the weekend with my children and considered, as many people do, the place of luck within life and careers. How at times the long odds pay off even if they are a thousand to one or more; sometimes life can throw you a lucky roll of the dice. Yet, such rolls are often reserved for those who make their own luck; as with Charlie in the film, it was third time lucky before his future path opened up before him.

If the “Golden Ticket” he sought was a job, we would be looking at the labour market with him and perhaps discussing how he felt about the “long odds” of him winning. When he does win the ticket, he considers selling the ticket to raise some money to help look after his family but is encouraged to keep on with his dream instead and go to the factory (with spectacular results).

I have had similar conversations with students considering careers which have long odds. Discussing whether they go on with their dreams or consider something different… It is such a personal conversation and no careers adviser would “tell” their client to stop dreaming or to continue; such decisions must always be owned by the client (it is their path to continue to strive for or, to walk away from). So what can we do in these situations? Perhaps, a combination of providing more accurate odds (so they can be more informed) for their decisions and some clear guidance, in terms of what these odds may mean for their journey ahead.

Consider, last week I was working with a client who was interested in both Childcare and Vet Nursing Careers but, was stuck with regards to which to follow. She wanted to know the odds in the South East of Kent for this work… what was the chance she would find work in the former or latter? Her decisions for after 6th Form hinged upon it. Thankfully, due to a pilot programming we are running, we have access to granular[ii] Labour Market Information data via EMSI[iii] I was able to provide her with this level of detail (with the caveat that the data is a guide only as the future is open to flux also, it doesn’t feature data on jobs that are found by word of mouth or cash in hand).

Looking at the data together, we found that there were far more opportunities in Childcare, with figures in triple to quadruple numbers, compared with Vet Nursing, with figures in just about double digits. In terms of change, there was greater potential openings in the former and only a one or two in the latter predicted. Our EMSI data gave us far more detail than other data sets to explore the odds more fully. We were able to round out the discussion with whether she wished to keep Vet Nursing and related careers open, or close the door on that path completely. She noted that going to college maybe the only time she would experience working with such a wide variety of animals in her life, if the door didn’t open later. She also noted the chances of finding work in Childcare are much higher and that by learning to drive, she could get to the towns with a greater number of opportunities which were slighter further away but close enough for work (yet had no train links to).

Having looked at all the possible choices, her plan became to stay at 6th Form, learn to drive, build work experience in Childcare (with support from the school) and follow this with a course at college in Animal Care to keep the opportunity open (making her own luck). After this course at college though, instead of University she prefers the idea of then heading into Childcare careers via an Apprenticeship if the Vet Nursing employment didn’t materialise. By being aware of the detailed odds (with the awareness that long odds, don’t mean impossible odds) as well as clear information on what is available to her and the implications of possible choices on possible opportunities later, she was able to make a far more informed choice not only for her career path but also, life experience.

Careers Guidance with clarity combined with granular LMI and a non-judgemental, positive, non-directive approach can really empower students to follow more than one path, be better informed and much more aware of the context in which their choices are made; this is better for the individual, economy and society.

*This article was first written and published on EMSI*

At 60 years old looking for work is a daunting prospect, and I really wanted to do everything I possibly could to help me find a good role I’d spent 10 years as a support worker before deciding to change careers, and was looking to get into office work in a social care setting - ideally for a...