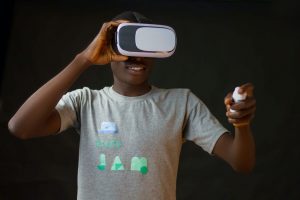 Before the programme, Wilson was doing nothing. It was a very isolating time for him. He had no connections to his peers due to not being in school. He was always at home. We tried some clubs such as martial arts – unsuccessfully, as Wilson would get overwhelmed.

Wilson found having a mentor helpful to start the connections on his behalf. The mentor would get involved and start conversations and activities, allowing Wilson to get involved with things that he wanted to do but didn’t feel quite confident enough to.

Get Connected has provided Wilson with the lived experience that he can do the activities and get involved where he was unsuccessful before, which is invaluable. He now knows that he can do it and can be more optimistic about new opportunities. Wilson has learnt that he can be accepted and it’s okay to be himself. He just needs a bit of help.

Wilson now has the confidence to re-join martial arts. We are going to trial a few soon as well as more clubs and things to enrich Wilson’s life.

If I had to give advice to anyone in the same position, I’d say “give it a try”. You’ve got to give it a try. You’ll find something that works. The understanding and patience that Get Connected had was fundamental to the programme working as it did for Wilson. It’s a big success.

News: CXK Welcomes Sonette Schwartz as new Chair of Board of Trustees

CXK is delighted to announce the new appointment of Sonette Schwartz as Chair for our Board of Trustees Sonette commenced her new role on 1st January, replacing  Dick Fedorcio OBE who, after -- 6 years’ service as Chair and previously 3 years as a Trustee, has completed his exemplary terms of...

Before the Kickstart programme I was working in my family’s café which was nice, but I wanted to be more than a waitress The skills I picked up from there were helpful, such as customer service skills and being confident whilst serving a customer, but I wanted more than that When I left my...